This is a short film that was directed by the French animation collective H5, François Alaux, Hervé de Crécy + Ludovic Houplain. It was presented at the Cannes Film Festival 2009. It opened the 2010 Sundance Film Festival and won a 2010 academy award under the category of animated short.
In this film the opening (Dean Martin "Good Morning Life") and closing (The Ink Spots "I don't want to send the world on fire") songs are licensed pre-existing tracks. All the other music and sound design was handled in-house at human.

Have you ever thought about creating an ebook or guest authoring on other websites?
I have a blog centered on the same ideas you discuss and would
love to have you share some stories/information.
I know my readers would value your work. If you are
even remotely interested, feel free to send me an
e mail.

I do consider all of the ideas you have presented in your post.

They're really convincing and will certainly work. Still, the posts are too brief for starters. May just you please lengthen them a little from subsequent time? Thanks for the post.

Can I just say what a comfort to discover someone that actually knows what they're talking about on the net. You certainly realize how to bring a problem to light and make it important. A lot more people must look at this and understand this side of your story. I can't believe you aren't more popular because you most certainly have the gift.

That is a good tip especially to those fresh to the blogosphere.
Simple but very accurate info… Appreciate
your sharing this one. A must read article!

Hi there mates, its enormous article regarding educationand completely defined, keep it
up all the time.

This design is steller! You certainly know how to keep a reader entertained.
Between your wit and your videos, I was almost moved to start my
own blog (well, almost...HaHa!) Wonderful job. I really loved what you had to
say, and more than that, how you presented it. Too cool!

What's Going down i am new to this, I stumbled upon this I have discovered It positively helpful and it has helped me out loads. I'm hoping to contribute &
help different users like its helped me. Good job. 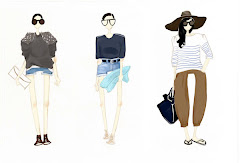 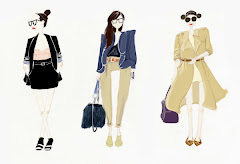